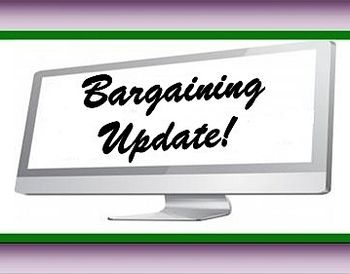 What happened at the table?

For Aug 23, the SEA Bargaining Team focused on these SEA bargaining priorities:

Bargaining between SEA and the SPS team began around noon Thursday and lasted until around 10 pm. We still do not have a contract deal. Around 7 pm, the SEA Bargaining Team presented district administrators with our latest compensation and staffing proposal. Our team waited in good faith for three hours, but administrators didn’t have anything new to offer. Negotiations then ended for the night.

District administrators have said they will present their compensation proposal Friday morning to leaders of the SEA Bargaining Team. The full SEA Bargaining Team will not meet with district bargainers until the district team has actually presented a proposal. Until Seattle School District budget officials back down from their “sky is falling” budget predictions, and until they decide to invest in what our students need to be successful, it’s unlikely there will be a settlement.

SEA Bargaining Team members are preparing to speak at the Aug. 27 general membership meeting. Because of our bylaws, any tentative agreement must be shared with SEA members at least 72 hours before the vote. That means district administrators have until Saturday afternoon to make a legitimate compensation and staffing proposal that SEA members can vote on, along with addressing other priorities, including expending and supporting racial equity teams.

Because there is so much at stake, the SEA Bargaining Team is respectfully requesting that ALL SEA members from all four units attend the Aug. 27 meeting. Your vote will count.

Posted in: Bargaining Updates
Back to Blog